On August 28th 2021 our group, comprised of passionate peoples who harbor love and longing for the Wyoming landscape, gathered under the smoke-haze sky at the Boar’s Tusk overlook, just at the edge of a sprawling valley once sustained by an inland sea, now known as the Red Desert: a territory defined in the breadth of some 9,000+ miles but is, immeasurably, vast, and woven into a greater expanse of ecological significance.

Our educational expedition began with a Land Acknowledgement: may our response-ability here be in respect, in reverence, and in relationship.

Hosted by the Sierra Club, and led by Inuna-Ina (N. Arapahoe) guide, matriarch, and brilliant land advocate Yufna Soldier Wolf ~ we had, most prevailingly, Indigenous perspective for our intentional glimpse here.

You are on Native Land.

They are the original stewards of this country.

This is a story, told by terrestrial figures in bone and sandstone, about timeless relationship and generations of connection: the pinnacle point of reciprocity with the place(s) that made/makes us. Natives, historically, have been referenced in a past-tense, and their representation marginalized through a manipulation of language and oppression; their culture humiliated and their treaties (still, even now) violated by a sick chapter of our settler history.  The crux in the crosshairs of manifest destiny: westward expansion: and the patriarchal tactics utilized to normalize such abusive abandonments through the written word. A viral spread of dis-ease.

However, this offering to which I transcribe in true sincerity is not to further emphasize these great wrongs. And although it is critical to address the history of stolen land ~
this focus here is on reparations.
this foundation here is for remembering forward.
this forward momentum here is rematriation.

“We are still here,” Yufna spoke, as we gathered at the Birthing Rock, a prominent record-keeper of cyclical returns along a sandstone outcropping that runs the basin of the Boar’s Tusk: an undulating, south-facing wall so gracefully preserved for carvings, familial / tribal markings and stories, extending as far back as 25,000 years by our dating. The Birthing Rock is a formation impressed by collective hand prints; hundreds of thousands of hands, of womb’n journeying and giving birth at this place, making their mark, bringing their touch: remembering forward. Depictions of female figures, foot prints, hand prints, pregnant animals, hunters, warriors, creatures ~ they move frenetically across this wall ~ and came to life in fire light.

This landscape is loved, worshipped, and cultured by multiple tribes who traverse/d, travel/ed, and root/ed through this terrain: each with their own translation of signatures with the land. Most notable of these bands are Shoshone, who named the monolith feature of Boar’s Tusk as ‘the Parents / the Guardians’ and participated with this figure as a burial ground. The Boar’s Tusk is the skeletal plug of a volcano and composed of lamproite. Volcanoes, by their design, are the providers of material for the terraformation of landscape. Their eruptions give substance to build foundations for life. The volcano is a navel. The Guardians share a tale of commonality ~ of necessary, spiraling duality:

Birth and death, two portals, a doorway: one and the same.

You wouldn’t know this, approaching it – there’s no signage of relevance or respect for these relationships: no Indigenous voices on the Bureau of Land Management postings. This topic was touched upon by our group. It will require grassroot grit to organize and promote these changes, much like the founding of Friends for the Red Desert, now the Citizens for the Red Desert: the efforts and political laborings of people who push & pull for lasting protections of this pristine place against further exploitation, extraction, and, the colossal villain of them all – mis-education with a lack of enchantment.

Yufna expressed a strong desire for a younger generation, her own Native People especially, to know of this place and continue to nurture these stories. To pass along traditional knowledge and practice and form new ways of connection that mend and merge with the old.

The Inuna-Ina, or Northern Arapahoe, of whom hums in the blood of Yufna Soldier Wolf, are a People hailing from the Great Lakes before westward expansion pushed them to the plains, where they became hunters of the buffalo, and now, situated on the Wind River reservation, of which they share with eastern Shoshone. At the time of this transition, joining space with a tribe that had otherwise been identified as their enemy was additional insult to injury ~ however, that is an unfolding circumstance, and one that I have no real stance to speak for.

Yufna’s relationship with this place is powerful and relevant and stands clearly for adaptation and (r)evolution ~ traits that are inherent of the desert themself.

And navigating a trajectory here to love the land intimately again is that bridge for healing.

Any of us who recognize the distractions to false worlds, starting in the realm of separatist, individualist teachings that rot at the human-centric catalyst of climate change: we feel this need in our guts.

It is in the way that we write and educate and craft communion and personal interpretation with and about land: living land, giving land, intelligent land ~
and land back ~
back to the stewardship of a People healing, who know it in their gene-rations, and recognize the rhythms of earth at the marrow of their core, and teach from this source.
Indigenous Reclamation:
the awareness of how nature moves,
how we are part of it, made of it,
how we move with it too.

I witnessed this signal at the living sand dunes who have roamed this basin bowl since the last drop of the ancient inland sea transformed and became another cycle. We ventured to this place towards the closure of our day together: some of us took off our shoes and grazed across the soft white sand, scanning idly for signs of fulgurites (lightning glass: fused sediments that form when lightning discharges on the ground). The dunes are rolled into movement, slowly, intricately, grain by grain, by the hands of wind. When snow packs, then melts, the transforming water becomes a support for unique, isolated ecosystems, hosting various forms of life. The dunes, if you listen, will whistle at you – their tracks and musical scripts ripple across the ever-changing surface, including the communicable trails of crossing animals alike. “According to John Mioncynski,” offered Kaycee Prevedel, our Sierra Club host, “bodies have been found buried upright within these dunes.”

And we, wanderers too, echoing in the pathways of nomadic beings who come and go, came and went, naturally ~ we drifted onward ~

Up and around another vague road and to an undisclosed location displaying more petroglyphs in the basin, we concluded our collaborative experience at a habitat who had not been so fortunate in its trespasses. Yufna brought the remaining few of us to this spot to document the damage rendered on these carvings: spraypaint and names and dates contributed to a riddling overlap of timelines and we marveled at what we could discern through the etchings that otherwise bewildered the surface. I found rusted pieces of old snare traps and plenty of cat sign; scat and tracks and boneyards of critters who fell victim to the birds of prey who once nested here. This cowboy party spot, somewhere down the hoop, retired into a predator’s alley and a graveyard of diverse relatives. We did not share or bother with all that we found.

Sometimes, one of the greatest means of protection is considerate silence: to consciously choose the sanctity in secrecy out of respect. To leave something alone, so that it might know peace.

We blessed the waning sun of the cycling day with a prayer and sage:
to honor the beings who we meant no disturbance for
ancestors and creator and god and spirits

but most of all
we gave our sincerest thanks
to ~ the giver, the provider, the maker shapeshifter ~
The Land. 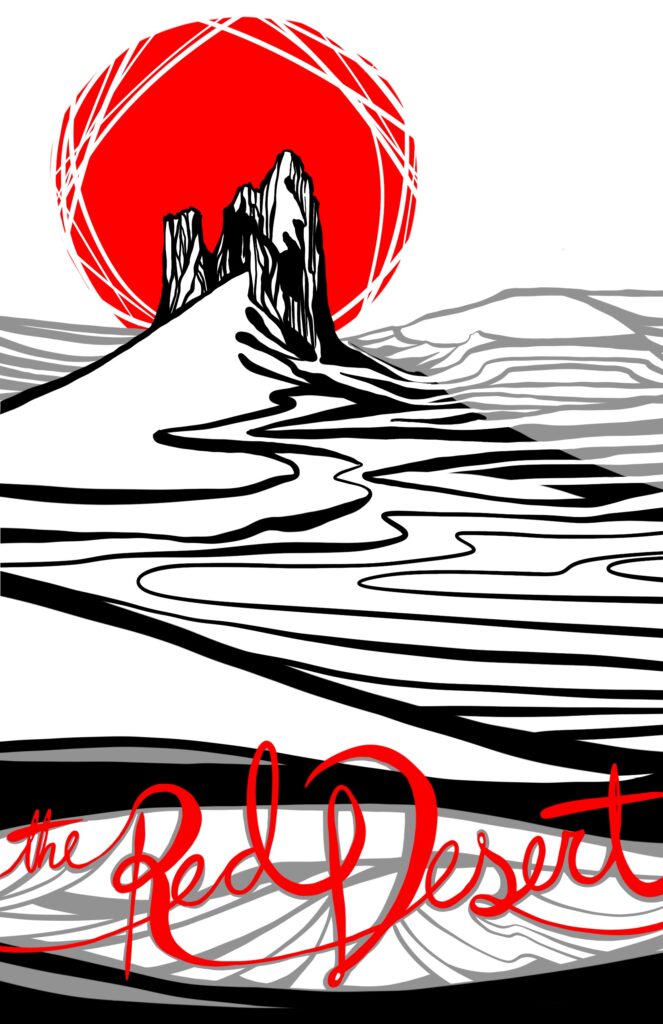 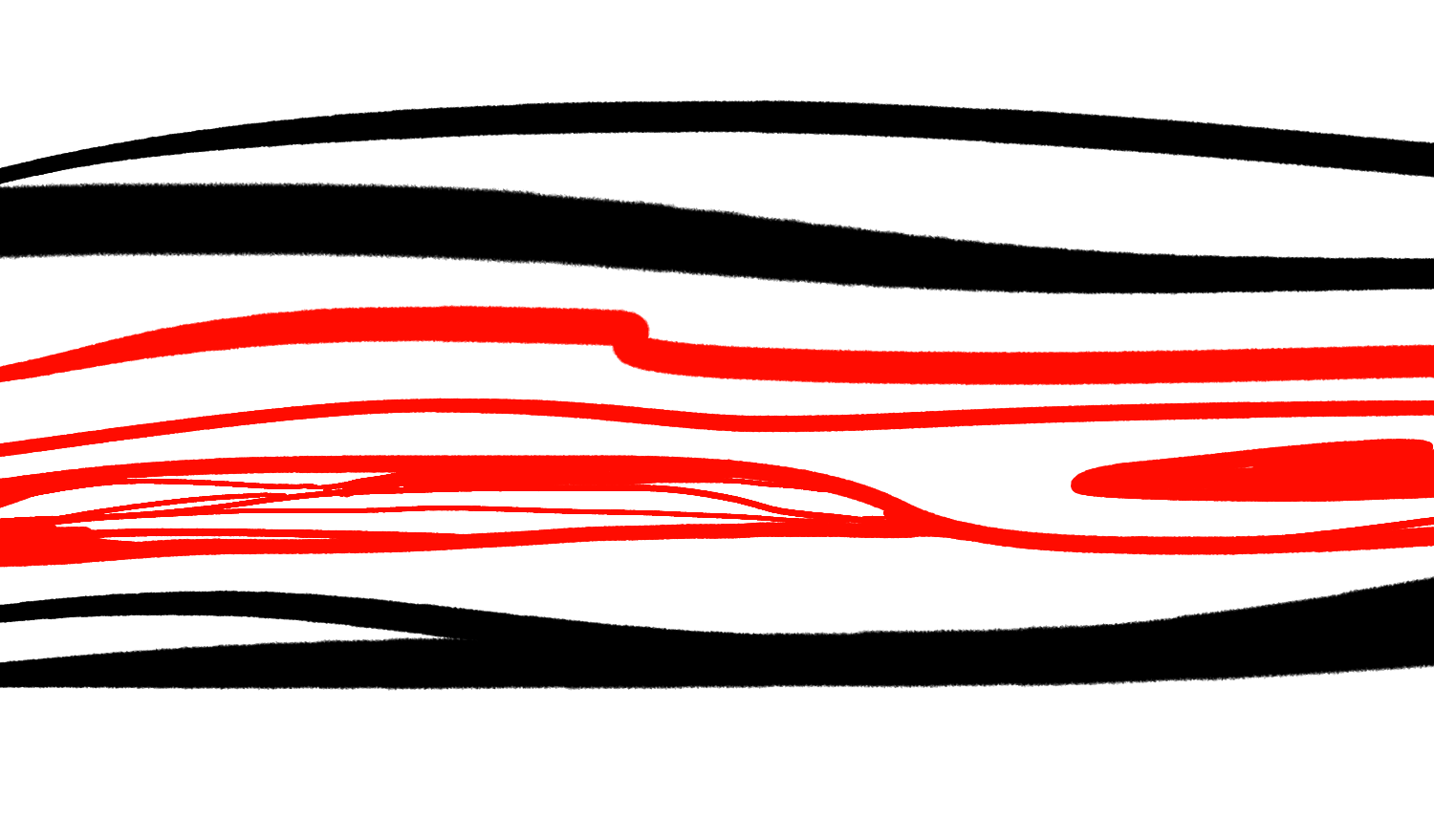